The World’s Biggest Diamond Mine Is Closing

The World’s Biggest Diamond Mine Is Closing

About 90% of pink diamonds—some of the world’s most expensive gems—are found there. 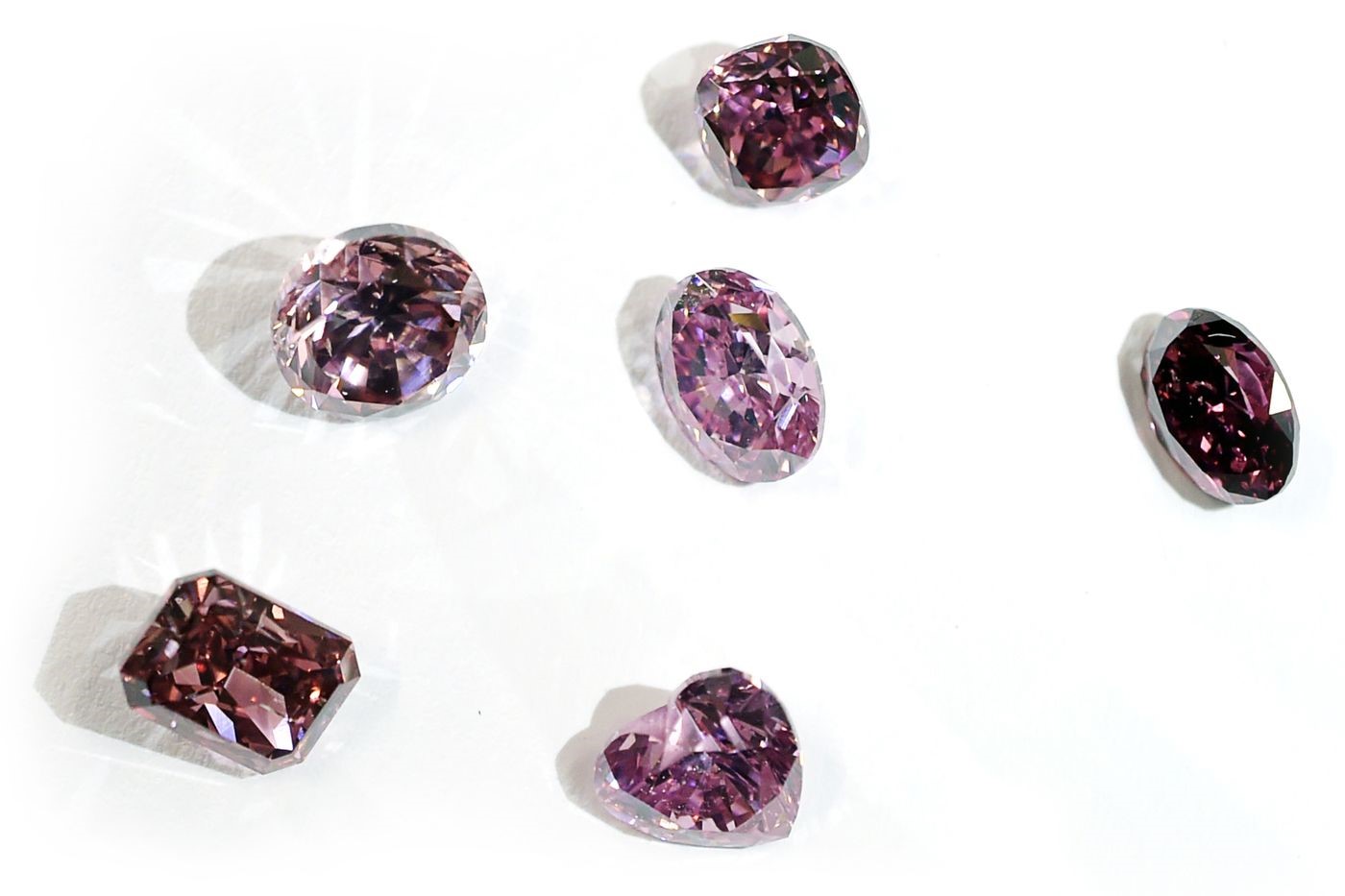 Argyle pink diamonds at the Argyle Diamond Mine in the East Kimberly region of Western Australia on July 12.

The world’s biggest diamond mine⁠—famed more for the fistful of coveted pink and red gems it yields each year than being a major producer of lower-quality stones—is being shuttered by Rio Tinto Group after almost four decades. Rivals from Russia to Canada hope that can help turn around the beleaguered industry.

Rio’s Argyle mine in remote Western Australia has transformed the sector since 1983 when the operation began supplying gems for both ends of the market. RBC Capital Markets and Panmure Gordon are among brokers, banks and competitors forecasting the closure could kick-start prices that have waned since 2011.

Production at Argyle, about 2,600 kilometers (1,600 miles) northeast of the state capital Perth, is scheduled to end before the end of next year after finally exhausting its supply of economically viable stones, said Arnaud Soirat, Rio’s head of copper and diamonds.

“There is going to be a fair bit of supply which is going to come out of the market,” Soirat said in an interview Friday at the mine site. “In late 2020 we’ll be stopping operations and will start the rehabilitation of the site.”

Argyle is best known as the source of about 90% of the world’s prized pink diamonds—rose-to-magenta hued stones that command among the sector’s highest prices. Sotheby’s auctioned the 59.6 carat “Pink Star”, mined by Rio’s rival De Beers, for $71 million in April 2017, a record auction price for any gem. While they attract most attention, the pink stones account for less than 0.01% of Argyle’s total output.

The mine also is the biggest diamond producer by volume and that’s what has put the operation at the center of global oversupply. More than three-quarters of Argyle’s output is composed of lower-value brown diamonds, and the mine’s overall output sells for an average of between $15-$25 a carat, Canaccord Genuity Group Inc. estimated in 2017. That’s far less than the $171 a carat average price realized last year by De Beers.

A glut of cheap and small diamonds has eroded profits for nearly every miner and made it increasingly hard for the industry’s cutters, polishers and traders to make a profit. In December, some of Rio’s customers refused to buy cheaper stones, while De Beers has been forced to cut some prices and offer concessions to buyers.

“In terms of the pink diamonds, the impact is going to be even more dramatic” from Argyle’s closure, Rio’s Soirat said in the interview. “You can imagine the laws of supply and demand will apply, and you can imagine the impact that will have on those very rare pink, red, blue and purple diamonds.”

The producer estimates Argyle has only about 150 colored diamonds of sufficient quality left to extract and make available for its annual tender, a sale to invited buyers that showcases 50-to-60 of the year’s most valuable gems, he said.

Prices of pink diamonds have already as much as quadrupled over the past 10 years, and buyers are “now just waking up to the potential impact that Argyle’s closure will have” in lifting values further, said Frauke Bolten-Boshammer, proprietor of Kimberley Fine Diamonds, a retailer based in the town of Kununurra, about 200 kilometers north of the mine. She has traded the gems since the 1990s.

The closure of Argyle will remove about 75% of Rio’s diamonds output, yet the impact on the producer’s earnings will be negligible. Diamonds bring in only about 2% of earnings, while iron ore—the company’s top commodity⁠—accounts for almost 60%.

Diamonds is “not a big business in Rio, however it is a very profitable business,” he told reporters, adding that the company has advantages in the sector that it can look to continue to exploit, including technical expertise and branding. “It’s not a commodity, it is luxury goods, and so the market dynamics are completely different.”